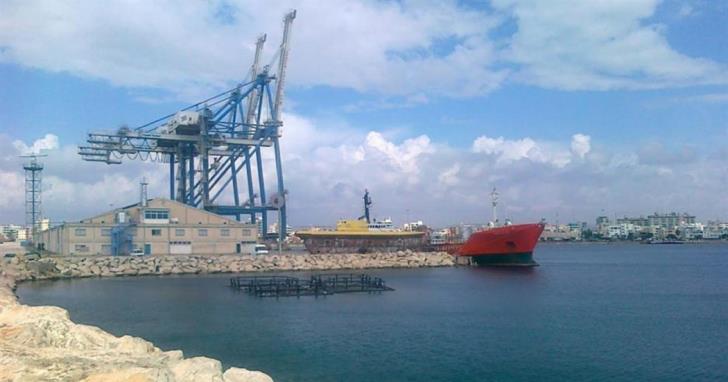 At the final line is the School of the Sea

In front of the University of Cyprus there is a proposal by the Municipality of Larnaca suggesting two locations where the University of Cyprus School of Marine Science and Technology can be established. According to F’s information, the development came after a definitive and irrevocable decision to abandon the original proposal to house the School in the place where the abandoned Agios Charalambos lounge in Faneromeni is today. According to the recommendation of the Municipality of Larnaca, a plot of land is proposed in the Makenzi area and the site that currently houses the offices and tanks of the Cyprus Petroleum Storage Company (KETAP).

But the most common idea among the Larnaca City Council, according to our information, is how the Cyprus School of Science and Technology was created in the area where the KETAP facilities are now located, for two reasons: The area is more accessible and therefore more convenient. And second, with regard to the land proposed in the Mackenzie area, expropriations may be needed which may complicate matters.

It is noteworthy that the decision to abandon the years-long recommendation for accommodation of the particular School of the University of Cyprus in the area of ​​the former Lokomotivos came after an assessment by the Ministry of Agriculture that it was an area in Natura area. And as such, such an area of ​​development (buildings, parking lots, roads, lighting, etc.) would be incompatible. In addition, the University of Cyprus is considered a Green University and this is another important reason, since it would not be appropriate for a School to be built in an environmental area of ​​Natura.

It is noted that the above recent developments have arisen at the initiative of the government following protests and demonstrations in Larnaca for some months. As part of this initiative, a recent meeting was held at the Ministry of Education, attended by the Minister of Education, the Director of the Office of the President of the Republic, the Rector of the University of Cyprus and the Mayor of Larnaca. It was decided at this meeting that after the final site selection, a detailed budget for the project would be prepared and sent to the relevant Ministries for study and approval. It is recalled that there is an agreed timetable for the project, which stipulates that when the construction projects begin, they will be transferred to the University of Cyprus budget of € 100 million over a ten-year period.

But there are still two key steps to be taken to promote the project, but they are already to some extent set up and difficulties are not expected to be completed. One is the legal study of the creation of the School. As reported at a meeting at the ministry of education, the legal study is now before the Prosecutor General’s Office and is expected to be forwarded to parliament soon for parliamentary approval.  As for the parliamentary approval of the establishment of the School of Marine Science and Technology in Larnaca, no surprises are expected, since it has been declared for a number of years that the unanimous position of all the parliamentary parties is in favor of Larnaca’s desire to host this Educational Ί.
Finally, the meeting held at the Ministry of Education also reaffirmed the agreement of the Ministry, the University of Cyprus and the Municipality of Larnaca that they will continue to work closely together so that no unnecessary time is wasted in launching the path of implementation of this very important one. project for the city of Larnaca.
It will be disinfected after the tanks are moved

According to our information, everybody is trying as if it was possible even in the 2020 budget to include a budget for the School, but if this is not possible then it should definitely be done in the 2021 budget.

In the event that, as all indications indicate, the choice of site will concern KETAP’s facilities, it is understood that in the part of the site containing the oil tanks, the soil should be disinfected after they have been removed first.

SEE ALSO:  Go Presidential for School of the Sea

It is also noted that last year the Mayor of Larnaca, Andreas Vyras, had a meeting with the President of the Republic, Nikos Anastasiades, in which he had expressed his dissatisfaction with himself and the City Council, because the Ministry of Finance had not been involved for some years. funds to the state budget to promote the creation of the School. At that time, the President of the Republic had promised that he would take the initiative to make progress on the subject, a promise that apparently brought recent developments, around Larnaca’s request to host the University of Cyprus’s Maritime School of Science and Technology within its borders.