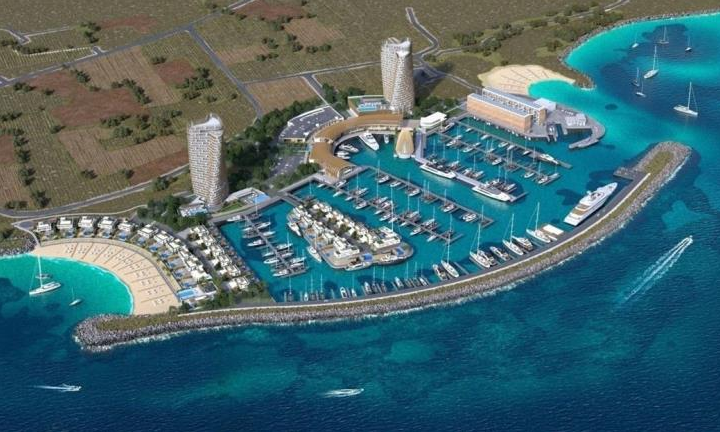 Deputy Minister of Tourism : The marina of Ayia Napa will upgrade the area

The estimate that the Ayia Napa marina will upgrade the free area of ​​Famagusta and the tourist product of Cyprus, was expressed today by the Deputy Minister of Tourism Savvas Perdios.

In statements after a visit to the Ayia Napa Marina, where he was guided and met with Mayor Yiannis Karousos and Stavros Karamountis, CEO of the marina, Deputy Minister of Tourism said that Cyprus “needs projects” like the marina and expressed “congratulations” to the Mayor, the investor and the marina company.

He expressed the appreciation that the Ayia Napa marina “is a project that will upgrade the region as well as the tourist product of Cyprus” and noted that the Ministry of Tourism will do its best to be next to the manufacturer.

Mayor of Ayia Napa Yiannis Karousos said that “it is with great pleasure that today we welcome the first Deputy Minister of Tourism of Cyprus, friend Savva Perdio, to the metropolis of Cypriot tourism Ayia Napa and especially to the marina, which is the largest project to be implemented today in our country “.

Mr. Karousos wished both personally and on behalf of the Municipality of Ayia Napa “the best thing for the Deputy Minister” and noted that “tourism is the industry, which has been used to restart the economy of Cyprus both after 1974 and in 2013”.

After mentioning that “we are a tourist country and we all ran and pushed for the creation of a State Department of Tourism,” he noted that the Deputy Minister “will have supporters and associates from Ayia Napa to give our tourism the importance it deserves.”

On his part, Stavros Karamontanis welcomed the Deputy Minister of Tourism in Ayia Napa and wished him “every success in his work” and expressed his gratitude for the fact that the announcements for the creation of a State Ministry of Tourism “were done”.

After mentioning that “the Deputy Minister of Tourism is an important ministry for tourism, he shows great confidence to investors, and that makes us particularly happy”.

At the same time, he expressed the certainty that “works like the Ayia Napa marina, which is a public-private partnership, since it is a PPP type project, Public and Private Partnership. We can take all the risks of investing, “he said, but without the public and without the local authority these projects can not be realized.

Mr. Karamantanis wished the Secretary of State “all the best and make quick decisions so that we can proceed quickly to the project”. At the same time he expressed his satisfaction that the Ayia Napa Marina is from the “first visits” of the Deputy Minister of Tourism.

Referring to the work of the Ayia Napa marina, he said the project is at a “critical turning point because” as he explained “we hope to open this year and together we have to make various decisions for the execution of the project. Because the purpose of the Undersecretary is an executive, I hope that everything will be done much faster than it did before all departments of the government departments, although, as we have said so far, we had a flawless collaboration with everyone.