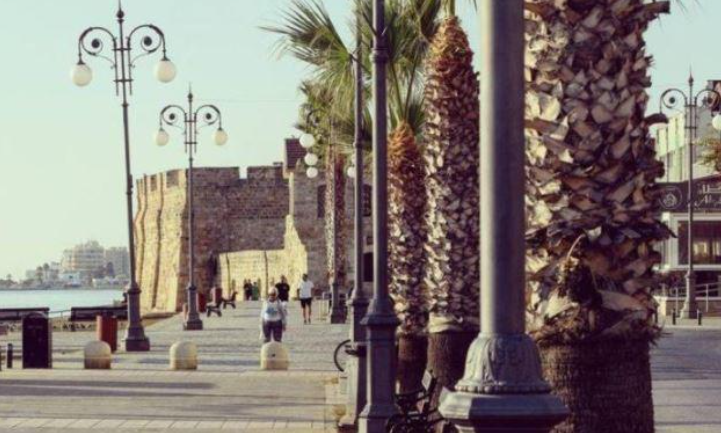 Five jewelery projects for Larnaca in 2022

Important projects, which will upgrade the quality of life of the residents and will give new life to several areas of Larnaca, are planned within 2022 by the municipality of the city that is preparing to bid. These are co-financed projects, for which funds will be raised from the EU Structural Funds.
Until September, the Municipality of Larnaca will offer bids for the grand project of Salina Park, the renovation of Pattiheio Park, the creation of the Mediterranean Park, the construction of a multipurpose space in Tsiakkilero and the renovation of the Police Director’s house.
These new projects, along with a number of others planned for 2023, are part, according to the Municipality of Larnaca, in the context of its broader effort to improve, upgrade the quality of life and promote the sustainable and balanced development of all areas of the city. Funds from three EU Structural Funds amount to EUR 20 million.

Lung of green, in a place where the city is in great need, will be the impressive project for the new Municipal Park Salina in the area of ​​Drosia. The park will be constructed on the site of the former residences of the Prefect and the Larnaca Police Director, with the design including a correlation of the area with the Larnaca Municipal Garden.

A lake, a refreshment room, sidewalks and a playground will be created in the area and it will have two main entrance gates from Leonida Kiuppi Street and Griva Digeni Avenue. In addition, the space will be improved and promoted by enriching the existing planting and by integrating modern elements that are consistent with the space. The new Municipal Park will be created in an area of ​​approximately 14,000 square meters.

Restoration of the home of the Police Director

In the area of ​​Salina Park, is the former residence of the Larnaca Police Director, which will be restored and the house will be created against addictions, where all prevention and treatment programs will be housed. The study is expected to be completed by mid-2022. The restoration work of the two-storey listed building will cost, almost one million euros.

The project for the renovation of Pattiheio Park will be magnificent, which will be a pole of attraction for many citizens. The original design envisages the construction of an amphitheater, a playground and a refreshment room, which will give a different image to the park. The green in the area will be significantly enhanced, while the sidewalks will be improved. The project is in the final stages of maturation and an urban planning permit has already been issued. The renovation of the park is estimated to cost about 3 million euros.

A new impetus will be given to the artists’ neighborhood, in the Turkish Cypriot district of Skala, with the creation of the Mediterranean Park, which will be connected to Piale Pasha Street and will be adjacent to the new Municipal Parking Lot, in the area of ​​the former Turkish Cypriot cinema.

The study provides for the consolidation and tidiness of the Turkish Cypriot plots, which have been leased to the Municipality of Larnaca for the creation of a square space with paving, planting, lighting and installation of urban equipment. Artists will have the opportunity to create works of art in the space. The study also includes the paving of Ak Deniz, Seihan, Dag Boz and Boz Kurt streets.

The project is expected to be completed by June 2023.

The work planned in the refugee settlement of Tsiakkileros is also important, where a large part of it will be upgraded.

In an area near the sanctuary of Agios Eleftherios, a multi-space will be created with a small theater and playgrounds. Landscaping also includes places for sports, walking and socializing. The project will cost about one million euros.