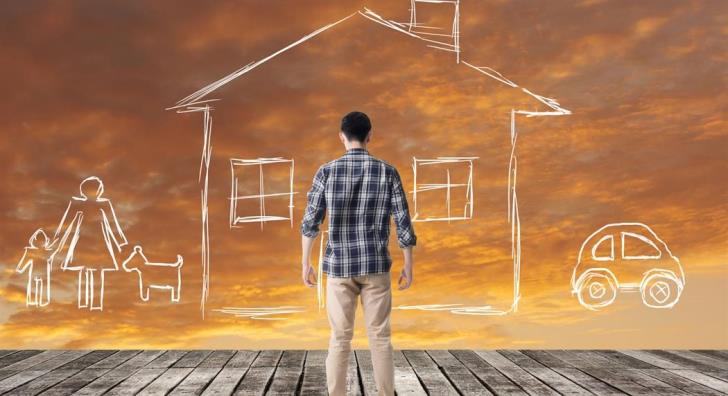 Home : Saves homes but also sells them away

On September 2, applications for the Home project will begin. Yesterday the Cabinet approved the Memorandum of Understanding with the banks. It sets out all the details for a person to participate in the Schedule, up to cases of divorced and heirs in the event of the death of the primary debtor. Divestiture of the dwelling if the borrower stops paying. The shorter the age of the borrower to join the Home plan will be the longer the repayment period of his loan. The maximum repayment term of the loan that is included in the Plan and will be restructured will be 25 and the shortest of five. READ ALSO: This is the final project “Home” (Document) Specifically:

SEE EVERYTHING:  HESES: Green light from the CabinetWhen restructuring the applicant’s loan by the bank, a 5% of the lowest amount between non-performing loans and the assessment of the market value of the main dwelling should remain icy and become payable if the applicant’s restructured obligations are not met. If the claimant pays his debt earlier, the State will continue to pay 1/3 of the installment on the basis of the defined repayment period of the Scheme. Moreover, if the borrower fails to fulfill his commitments, the state sponsorship will be terminated, which he will return to the State Agency, and his loan will be reverted to the initial amount and the procedures for divestiture of the dwelling will begin.
In the meantime, all the data that borrowers will submit will go through a detailed scan as the banking secrecy of both applicants and their family members will be removed.
After the yesterday’s approval by the Cabinet of Ministers of the Memorandum of Understanding that the Government will sign with the banks, it has opened the way for the submission of applications. Specifically, as of 2 September, applicants will be able to submit their applications to the banks, which in turn will send all the details to the Project Management Agency, which will be the Ministry of Labor. Banks will have to restructure the loans of the beneficiaries participating in the Scheme by December 16, while payments from the state will be made from December to April.
For the assessment of the market value of the main residence, the average of the estimates to be carried out by the bank and the applicant will be taken into account. Also, if one of the two estimates is 25% higher than the lowest, the applicant will be able to request the appointment of an independent appraiser from the ETSC. If the three estimates differ, the average of the three estimates will be taken into account in determining the market value of the main residence.
If the applicant’s loan is sold, he will continue to participate in the Scheme.
It is reminded that in order to be eligible to participate in the Scheme, interested parties should have their principal residence of up to € 350 thousand and their loan was not serviced on September 30, 2017. In order to have a bankrupt in the Plan will require consensus from the Registrar of Companies and Official Receiver. The Project excludes loans made by the Home Financing Organization.