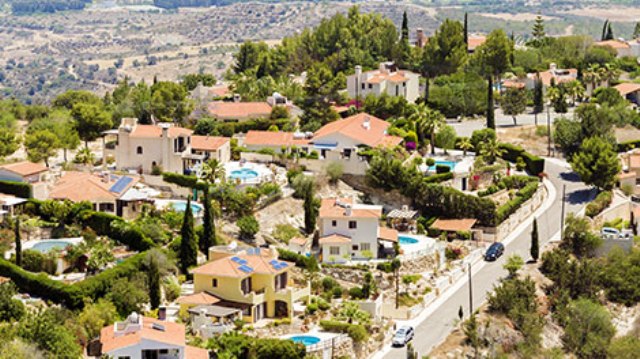 The number of Cyprus property sales during July was the same as the number sold in July 2018, with sales falling in all districts with the exception of Larnaca according to statistics from the Department of Lands & Surveys.

JULY saw the same number of property sales in Cyprus as during the corresponding month last year, with the number of sales contracts deposited at Land Registry offices totalling 896 according to official figures published by the Department of Lands and Surveys.

With the exception of Larnaca, where sales rose by 40% compared with July 2018, they fell in the remaining four districts.

In percentage terms, Famagusta recorded the greatest fall of 20%, while property sales in Limassol fell by 9% and sales in Paphos and Nicosia each fell by 1%.

During the first seven months of 2019, the number of sales has increased by 20.3% to reach 6456 compared to 5366 in the corresponding period of last year.

Sales to the Cypriot market rose 1% in July compared to July 2018. But although sales in Larnaca rose by 120%, they fell in the remaining four districts.

Sales in Famagusta fell by 90%, while sales in Paphos, Limassol and Nicosia fell by 13%, 9% and 1% respectively.

During the first seven months of 2019, domestic sales rose by 29% compared with the same period last year.

However, some of these domestic sales may have resulted from properties acquired by banks as part of loan restructuring agreements, etc.

Property sales to the overseas (non-Cypriot) market during July 2019 fell by 1% with 420 contracts of sale deposited compared with 426 in July 2018.

During the first seven months of 2019, sales to the overseas rose by 11% compared with the same period last year.

Although sales in Nicosia, Limassol and Larnaca rose by 18%, 8% and 7% respectively, they fell by 15% in Famagusta and by 8% in Paphos.

During the first seven months of 2019, sales to EU nationals rose by 10% compared with the same period last year.

Sales to non-EU nationals fell 1% in July compared with the same month last year, with sales falling in all districts with the exception of Famagusta and Paphos, where they rose by 30% and 12% respectively.

Sales in Limassol fell by 50%, sales in Nicosia fell by 47%, while sales in Famagusta and Larnaca fell by 44% and 6% respectively.

During the first seven months of 2019, property sales to non-EU nationals rose by 12% compared with the same period last year.

Analysis of property sales since 2000

The Department of Lands & Surveys has advised that overseas sales in 2018 and subsequent year should not be compared to sales in previous years due to changes in the methodology used to classify ‘Aliens’ (foreigners).