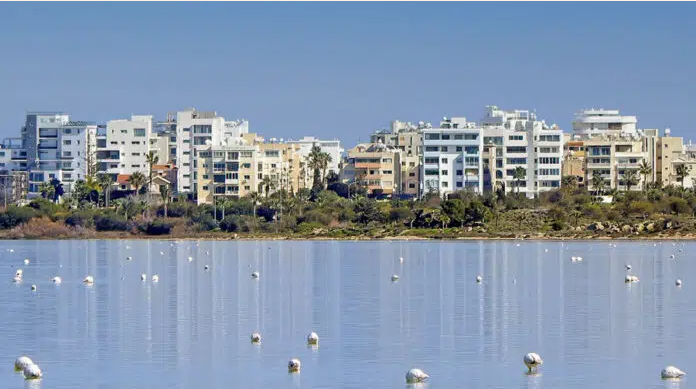 The Cyprus real estate and construction sectors are moving past the demise of the scrapped Citizenship for Investment Programme, turning their attention to the capital and the once neglected coastal town of Larnaca, while Limassol, with its high-rises and cosmopolitan lifestyle is still seeing part of the action.

Larnaca is headed for a major make-over with the €1.2 billion redevelopment of its marina and port soon taking shape, as the consortium awarded the contract, Kition Ocean Holdings is set to launch works on April 1.

Development in the town does not end with the much-awaited port-marina, as a number of projects are sprouting across the district.

Larnaca town is attracting new investments with a number of upscale tourist projects destined on the Dhekelia coastal front, once taken up by fuel and gas storage tanks.

Among the projects ready for completion is the Radisson Beach Resort on the Dhekelia Road, where the Princess used to be.

The Radisson Hotel Group has signed a deal with Larnaca’s Quality Group and SunnySeeker Hotels to have six branded hotels in Cyprus after the first one, the Radisson Blu opened near the port in Larnaca.

Meanwhile, the largest property owner on the Dhekelia coastal front, Petrolina Holdings, is ready to explore project development such as holiday homes or a hotel.

After dismantling their fuel tanks, Petrolina acquired ExxonMobil’s properties through a €30 million deal, which they plan to incorporate in their bayfront property development.

The news was confirmed to the Financial Mirror by a Petrolina Holdings’ senior representative: “PHL estimates that its investment through Petrolina Bayfront Ltd will contribute significantly to its effort to diversify and pursue operations in property development”.

With the participation of the local authorities, PHL has contracted renowned international firm Arup to design a concept area plan to serve as a guideline for sustainable land development of the area.

This plan also includes the land owned by PHL and the Lefkaritis Group of Companies.

US based NCH Capital (Cyprus) is also preparing to launch a multi-million tourist project in the region which will be built on the land currently occupied by the old Beau Rivage Hotel.

As told by local authorities, the project will see the construction of a hotel, and a tourist village with villas and commercial property.

Furthermore, mayor Andreas Vyras said the environmental authorities have granted their approval for the construction of two new 17-storey towers, for residential, office and commercial use in the municipality of Larnaca, a project owned by Avolo Properties Ltd.

The total height of the development will reach 75m, with some 1,169 underground parking spaces.

The proposed project is located at the southern end of the city of Larnaca, within the ‘Skala’ area near the Salt Lake.

In the capital, an investment in the healthcare is taking front seat, with an Israeli hospital in Lakatamia, in the suburbs of Nicosia. It was originally planned to be built in Engomi.

According to reports, the H.C. Management of Medical Centre PLC (MMC), in collaboration with Hadassah Medical Ltd, a subsidiary of the renowned Hadassah Medical Organisation, is proceeding with the design of the emblematic and innovative Hadassah Health Park in Nicosia.

Reports have it that the new major shareholder, Elhadi Holdings Ltd, is keen to move rapidly with the construction of the mixed development project, covering an area of over 100,000 sqm.

The project, according to information, has already secured the urban planning permit for the residential part, and the design of the hospital and commercial elements is at a very advanced stage.

The development will include integrated medical facilities, with long-term lease of buildings. In addition, seven residential buildings will be erected with apartments for sale, a university building, offices, shops and a specialised condo hotel unit.

Hadassah is reportedly planning to invest over €150 million in the entire project for a hospital in the capital and a rehabilitation centre in Limassol, which are expected to open their doors in 2024.

The project of building the new Cyprus Museum is now in the pipeline, following the recent announcement of the tender for the construction contract of the project.

The bidding period will last until July 1, and the contract is estimated to be signed by the end of 2022.

The total duration for the delivery of the project is 60 months. The new Cyprus Museum will be built on an area of ??40,000 sqm. at the site of the old General Hospital, and it’s budgeted for €121.4 million.

Meanwhile, revamp works of the old GSP stadium in the heart of the capital are underway.

According to a municipality source, the €19.2 million revamp will include an urban square, green spaces, recreation areas and underground parking for 540 vehicles.

Tenders for the project were submitted back in May and awarded to Cyfield Construction-Development Consortium.

The revamp will be co-financed from the EU’s cohesion fund, the state budget and Nicosia municipality under the 2014–2020 programming period.

The old emblematic clock from the stadium has been preserved and will be the centrepiece of the project, along with a replica of an old KEO beer advertisement.

The capital will also see more tall buildings sprouting up, as the Environment Authority has given the green light for the construction of two residential towers 64 meters high on the premises of the Landmark Nicosia hotel.

The Landmark Nicosia is located within easy reach of Nicosia’s city centre, next to the business and shopping district and within walking distance of the capital’s historic sites and museums.

Meanwhile, construction activity is reportedly to pick up in Limassol, with multi-million investments in the once ignored area of ??western Limassol set to be pushed into the pipeline.

The area has gained momentum with the operation of the My Mall followed by the construction of the casino in Zakaki. The development of “City of Dreams Mediterranean – Integrated Casino Resort” will occupy a total area of ??about 350 acres and will include a luxury hotel, number of restaurants and bars, conference centre, shops, gym, spa, swimming pools, a small number of separate villas, car parks and landscaped areas with lawn and other plants / trees.

Reportedly, Cyprus Phasouri (Zakaki) Ltd has submitted a request for the separation of 78 plots, in an area adjacent to the City of Dreams casino.

Lanitis Farm Golf Ltd is also planning to launch its Lanitis Greens Golf Resort project. It is a mixed development project that includes real estate, a golf course, leisure areas such as spa and tennis courts, as well as shopping areas with restaurants and shops.

Earlier this week, the renowned Intercontinental Hotel Group and the Frantzis Group of Companies, announced this week their agreement to build a luxury 5-star hotel in the city, called the Intercontinental Limassol Hotel.