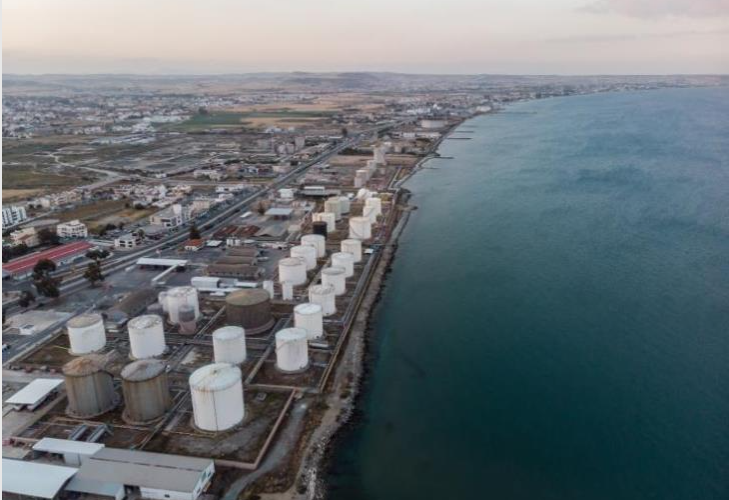 Larnaca: The petroleum facilities will be relocated in 2 months

The dismantling of the oil, gas and asphalt installations from the Larnaca coastal front is expected to be completed within two months.

A written announcement of the Municipality of Larnaca states that “today, Wednesday, January 26, the 7th meeting of the Interministerial Committee was held in relation to the relocation of the oil and gas facilities from the Larnaca coastal front to Vasilikos and the asphalt storage facilities. During the meeting, various issues were discussed regarding the operation of the new Energy Center in Vasiliko “.

Larnaca Mayor Andreas Vyras briefed the Commission on developments regarding the relocation of liquid fuel installations and asphalt storage facilities. Specifically, he stated that regarding the liquid fuel installations, the dismantling of the last facilities of the Exxon Mobil company has started a month ago, while according to information from the owner company, Petrolina, which does all the necessary dismantling procedures, the works are expected to completed in about two months “.

Mr. Vyras also stated that “the demolition of the asphalt storage facilities located in the area of ​​the former refineries has begun and the works are expected to be completed by the end of February 2022”.

According to the announcement of the Municipality of Larnaca, “the Interministerial Committee informed that regarding the movement of LPG from the coastal front of the city, all the outstanding issues that existed with the unloading of LPG with the permanent and temporary solution, from the port of Vasilikos. According to information from the company VLPG, the new facilities in the area of ​​Vasilikos will be ready on schedule, ie by the end of February 2022, while in March the process of moving LPG to them will begin.

The Municipality of Larnaca notes that “it will continue to closely monitor developments in these areas and is ready to intervene if and when deemed necessary.”