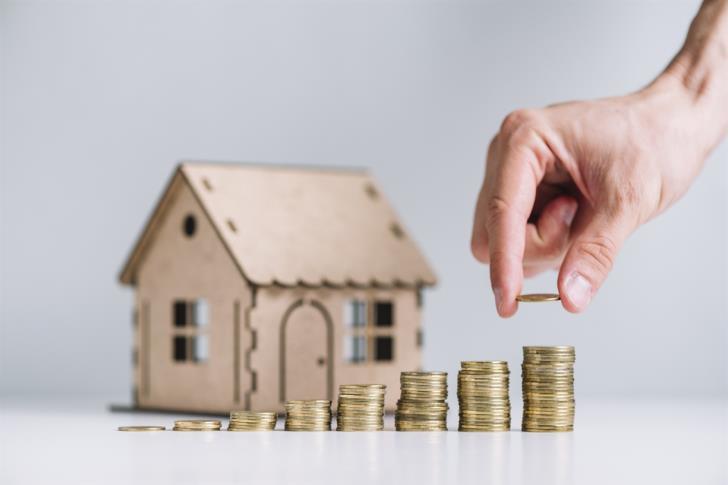 Many Home-dwellers, few are the first borrower applications

Although the Plan has been posted for months on the websites of the Ministries of Labor and Finance and the banks, many borrowers appear to have been reluctant to update.

The plan will help protect the homeowners’ borrower’s mortgages, while helping to reduce red loans, which are the worst in the banking sector and thus in the economy.The state will pay 1/3 of the amount of borrowers that will join the Plan. Depending on the age of the borrowers, the duration of their participation in the Plan will be proportional, which can be up to 25 years.

Banks attribute the reduced number of applications to the procedures, to the many documents and documents called for by borrowers. In particular, the application is divided into eleven parts and comprises 33 points. It must also be accompanied by 51 certificates and reports. Banks know that one of the main reasons is the wrong time to start submitting applications. And this is because the final application form and the application fill-in guide were prepared in early August, which is a holiday month.

In addition, it is found that the interested parties do not spend the necessary time to prepare the application and this results in a shortage. Applicants do not read the Ministry of Labor’s guide, which records everything to complete the application. As we were told, there are also banks that contacted their customers before the implementation of the Estia and helped them prepare their applications. However, when it was time to submit them, the applicants had provided half the documents required.

Borrowers also face problems with public services as they go to the land registry to secure a nationwide search of real estate, the applicant, his wife and children, this informs them that it may not be ready before the end of October, ie 15 ie days before the deadline for submission of applications. Also another problem concerns the costs borne by borrowers in the land registry.

For each person surveyed, the land registry charges € 20, so for a family of four, the applicant will have to pay € 80. For surveys that are not simple, the charge is higher. Some who arranged and secured real estate research earlier with 2013 prices, these are unacceptable because last July the new values ​​of real estate at 2018 prices were announced. specific borrowers will have to pay again to update their real estate values.

The gross value of the loans that may be included in the House plan was estimated at € 3.4 billion and the total cost to the state in the 25 years of the Plan’s life cycle, at € 815 million (€ 33 million per year). . A budget line will be included each year in the state budget. Tomorrow the members of the Parliamentary Committee on Finance will be informed by the Minister of Finance and by representatives of the Ministry of Labor about the results of the first days of implementation of the Plan. At the same time they will be informed about the intentions and the planning of the government for the elaboration of a plan for the persons who cannot join the Center, as well as for the consistent borrowers.

Others before, but now

Initially it was estimated that the Plan would include about 15 thousand borrowers, but new estimates have reduced the number of eligible borrowers to 10 thousand. Experts do not exclude that the number of borrowers who will be interested may be much smaller as the eligible borrowers are included. strategic badgers who have a great deal of real estate. As we have been told, borrowers in this category, if they are applying to join Houses, will have to submit all their income and assets, which they do not want.

The Bank of Cyprus, KEDIPES, Hellenic Bank, Alpha Bank, Astrobank, Eurobank, National Bank of Greece, the Housing Finance Agency and Gordian Holdings are participating in the Home. Based on the initial estimates of the banks, it is estimated that 4 thousand Bank of Cyprus customers, with 10 thousand non-performing loans worth € 840 million can participate in the Project. At KEDIPES, the accounts that meet the Housing criteria meet approximately 7,300 and have € 1.3 billion of loan balances. At Hellenic Bank, it is estimated that red loans worth € 250 million will be incorporated into the scheme.

It is recalled that applications can be submitted by November 15. A competent source told F that there will be no extension of applications as other procedures will be delayed. As you know, there is no expectation of a second round of applications, that is, those who do not apply until 15 November have no second chance.

Applications are submitted to banks

To qualify for the Home plan, one would have to have a non-performing loan on September 30, 2017 and continue to be ineligible today. Also the market value of the home which is collateral on the loan, at the date of application, should not exceed € 350 thousand. in the plan. The applications are posted on the website of the Ministry of Labor.

The process of considering the application will take into account the average of two estimates, namely the bank and the applicant unless the borrower accepts the assessment of the institution participating in the Plan.

In the case of the appointment of a third independent appraiser, the market value of the home is considered to be the average of the two nearest estimates.

“F” attempts to answer questions and answers, prepared by banks, to outline the basic provisions of the Plan to facilitate the borrowers who wish to participate in it.

How much should the income and assets of the borrowers be in order to become eligible?
The applicant’s total family income for each calendar year 2017-2018 should be as follows:

What is meant for assets?
The applicant’s remaining net family assets should not exceed 80% of the market value of the home and should in no case exceed € 250 thousand. The assets relate to 2016, 2017 and 2018.

Does nationality play a role?

The applicant should be a European Union citizen with legal and continuous residence in the EU from 2013 onwards.

Should the bank consider that the restructuring solution is not viable, the Ministry of Labor will reject participation in the Plan.

The restructured amount will be calculated as the lower of (a) the balance of the loan / credit facility secured by the principal at the date of restructuring and (b) the market value of the principal. The new restructured loan should continue to be secured with the main residence.

If there are other collateral in the existing loan, such as deposits or mortgages of other real estate (other than the main residence), will these fall under the Plan?
In case the loan / loans are secured by other collateral, the participant will offer an additional restructured loan at an amount equal to the lowest between:

(a) the remaining balance of the loan at the date of restructuring (after the restructured loan secured by the principal residence), and
(b) the market value of the collateral. It is noted that the additional restructured loan will not receive government sponsorship.

What will be the state’s contribution?
It will cover the remaining 1/3 of interest and capital payments, once a year, provided that the borrower continues to pay 2/3 and serve his restructured loan. Payments will be made from December to April.

What if the borrower fails to pay 2/3 of the installment?
The state sponsorship is immediately terminated and the total amount of the sponsorship will have to be returned to the Ministry of Labor. In addition, the loan is restored to its original form before it is restructured and the bank will apply all debt recovery measures.

How will the repayment of the restructured loan be calculated?The repayment period of the loan is as follows based on the age of the applicant: