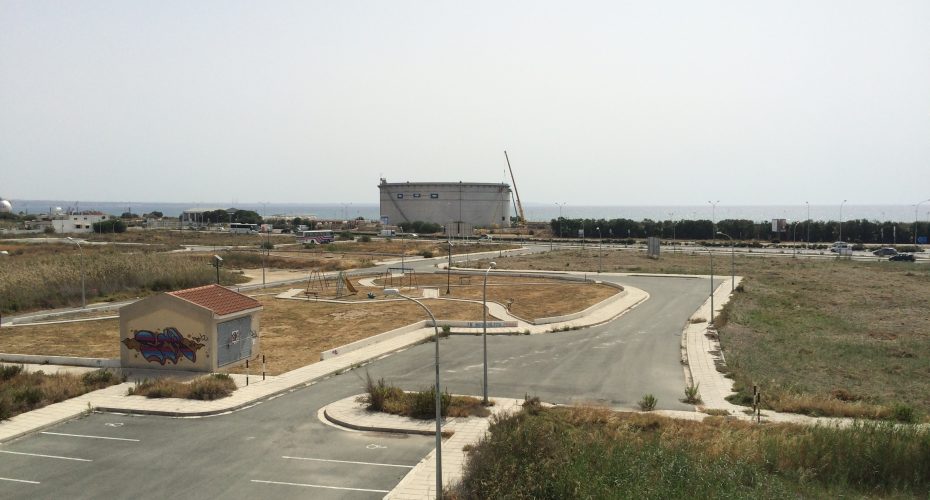 The first oil tank on the old Larnaca-Dhekelia road was demolished on Thursday, with President Nicos Anastasiades doing the honours by helping cut the first piece using a welding torch.

The controversial oil refineries became part of the landscape in the southern town, a symbol of industry on the one hand but a monstrosity interfering with nature on the other hand.

Anastasiades, who also spoke during the morning demolition ceremony, said discussions have been ongoing since 2001 in an effort to get the oil refineries out of the picture.

“We came here today with determination and on time to carry out the decisions made by this administration, and it is not just the symbolism or the so-called fiesta, as some said, but it is about decisions that were taken in the past but were never carried out,” the president said.

“it is not just the symbolism or the fanfare, as some said, but it is about decisions that were taken in the past but were never carried out”

Recently the President’s Cabinet made a promise that the installations would be gone before the decade is out, following a a meeting where Energy Minister Giorgos Lakkotrypis introduced a Memorandum of Understanding (MoU) to be signed by all parties involved.

The agreement is a roadmap leading to the total removal of the oil tanks in the area by the Larnaca port.

Liquified gas installations are to be removed by 2019 and oil storage tanks by 2020, according to the plan which will be closely monitored with checks every three months at both administrative and political levels.

Larnaca mayor Andreas Vyras said this was the first time that such serious work had been done on the issue, which has been a thorny and complicated topic for years.

The Larnaca municipality spoke out publicly against delays recently, criticising an extension given to companies to remove their installations. Vyras had been asking for a long time for a meeting among all parties involved, telling the media at times that he wanted the companies “gone yesterday”.

The mayor and minister, as well as a number of local and state officials, were present at the symbolic demolition, where a well-known Petrolina tank came down.