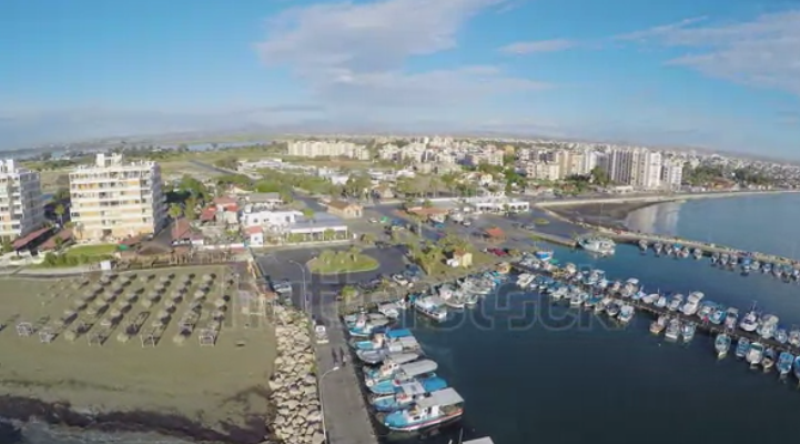 In statements in Larnaca, before the start of successive meetings with the Mayor of the city and the Mayors of the province, Mr Karoussos described the current day as a “historic” day for the city and province of Larnaca as well as for the whole of Cyprus, since “the negotiations for The single port development – Larnaca Marina ended successfully last night. We have agreed this development with the investor, it is a one billion dollar investment with multiple benefits for both Larnaca and the local economy. “

He added that “within the next few weeks the contract will be signed and then commenced. This is a development that will include the marina, the commercial port, residential, tourist and commercial development with multiple benefits because with a billion euro investment one can realize the benefits that will exist. ”

Responding to a question, Mr. Karoussos said that “within ten days the contract will be prepared and with its signature the procedures for the realization of this great and important project for the economy of the country will begin immediately.”

Asked about the issue of the new wing of the Larnaca General Hospital, the Minister replied that “we are on a very good road. The contractor has been warned that if it fails to deliver by the end of February then the contract will be canceled and we will have to complete it, ”he said, adding that“ as of the latest update the project is well advanced and will be completed within our timetable. give”.

Regarding the Larnaca-Dekeleia road, the Minister of Transport said that “Phase A is proceeding as well as Phase B and all are proceeding according to the timetables. I will inform all mayors of Larnaca today about this issue during my meetings because it is a matter of concern to all Municipalities. “

Asked about the issue of buses, Ioannis Karoussos replied that “we are waiting for the verdicts of the Court, since almost all companies have appealed to the Court, several cases are joined and I hope that in the next two weeks we will have a verdict for all. Depending on the decision of the Court of Justice we will proceed to sign with the successful tenderer and implement the contract. “

Certainly, he continued, “new contracts will change a lot as service improves, there will be more frequent routes, more kilometers and fewer problems for the state.”

Invited to report whether the issue of seat belts for young children has been resolved on buses introduced in the House of Representatives, the Minister said that “on 21 February we are preparing a practice where we will bring a bus with child seats and visit them Ministry officials, parents, MPs and anyone else interested. The goal is for the stakeholders to see and see that the child seats can be placed on the buses and then the House will decide what to do with the issue of child seats and the three-point zone on the buses. “

Answering a question, Mr Karoussos said that “in several countries there are child seats and the issue of safety especially for young children should be a priority. Surely we, at least, will not be the ones to repeal this Law because we need to give seriousness and importance to the safety of young children. “

As experts have told us, he continued, “Seats can be placed on buses for young children, there are already buses in Cyprus that offer this service and safety should be our priority. In statistics we are a roadblock to the issue of road safety and we must take appropriate measures to improve it. “

For his part, Mayor Larnaca Andreas Byras described as “a pleasant surprise the announcement made by the Minister of Transport on the unified development of the port – marina because it is a project that Scala has been waiting for decades. It is a project that will begin a new era for Larnaca, worth a billion dollars, with high growth that will create jobs and give a new impetus to the city’s economy and growth. “

He expressed “particular satisfaction with the completion of this effort” and added that “it is a project we have been discussing for many years in Larnaca”, while describing “a very important moment and an important day for our city”.

Answering a question, Mr Byras described the case as “a painful story” after explaining that “for decades we have been discussing this issue because perhaps the most productive part of Larnaca, downtown, next to the sea it occupies. almost half of the city center has been locked up for years and has not substantially contributed to its economic growth. ”