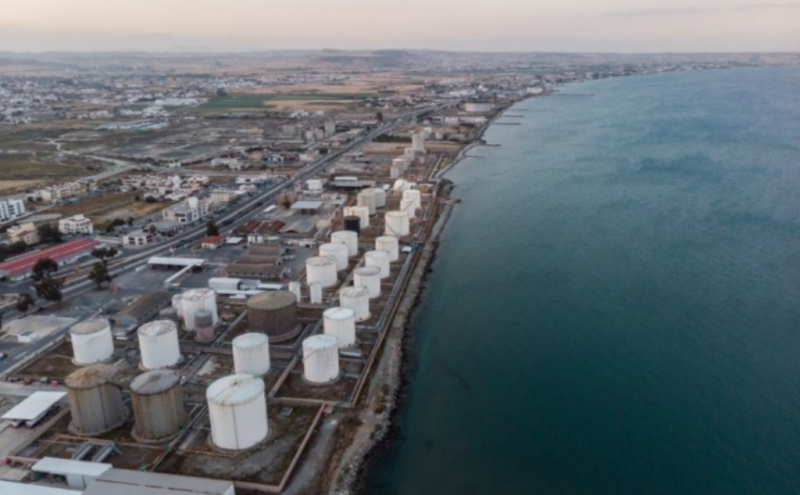 The interim solution is proceeding

Positive developments have taken place over the last few weeks in the field of relocation of oil and gas plants from Larnaca to the Energy Center in Vasilikos. Last Tuesday, Feb. 19, Exxon Mobil Cyprus announced its agreement for the lease of premises by VTT Vasiliko Ltd (VTTV), which has private facilities in Vasiliko.

Exxon Mobil is one of the two companies that sell liquid fuels from their bases in Larnaca, which are committed to the so-called interim solution, that they will move to Vasiliko on rented existing facilities since they are unable to create their own their timetables. The second is BP, which has also reached an agreement for renting space in the Energy and Industrial Area of ​​Vassilikos as revealed in his interview in Sunday’s Sunday  newspaper Mayor Larnaca, Andreas Byras.

These developments, coupled with the fact that the two other companies, Petrolina and EKO, are already building their own facilities in Vasiliko (extension Petrolina and new ones the EKO) pave the way for the liquid fuel companies to move. It is recalled that the Memorandum of Understanding and Cooperation signed by the government with the companies predicts that the liquid fuels will be transported to Vasiliko by 31 December 2019. Asked about “X”, the mayor appeared optimistic that even if it was not strictly observed this timetable, the delay will be small and negligible.

Based on the Road Map attached to the Memorandum of Understanding and Co-Perception, Exxon Mobil and BP were obliged to consult and reach binding agreements with the owners of the terminals at Vasiliko until September 2018. From that point on they have they have 15 months to carry out their activities after the timetable expires on 31 December 2019. These agreements were made with a slight delay which, however, is not considered to be of major importance on the basis of the overall picture.

According to the provisions of the Road Map, the trials and preparations and permits required prior to the operation of Petrolina’s new facilities will be installed until September 2019. After this, a transitional period is set with the parallel operation of both facilities between September and October 2019 and the transfer of stocks of third companies provided that there is agreement by the end of December 2019.

As for LPG companies, a risk overtaken by the mayor’s “X” is the possibility of a new delay from a possible new modification of the joint venture of three of the four companies. As it was published, the ECO raised a matter of returning to the consortium (from which it had withdrawn), which would cause a new delay due to the procedures for approving the merger by the Commission for the Protection of Competition. The return of the EKO, however, according to the mayor, has been ruled out. “As far as LPG is concerned, there is pressure. The information we have is that we have submitted environmental studies and the consortium of the three companies and EKO. The consortium has already ordered some facilities from abroad, and the application for a building permit will be submitted within days, was the answer of Andreas Vyra. LPG companies are forced to leave Larnaca by the end of 2020.