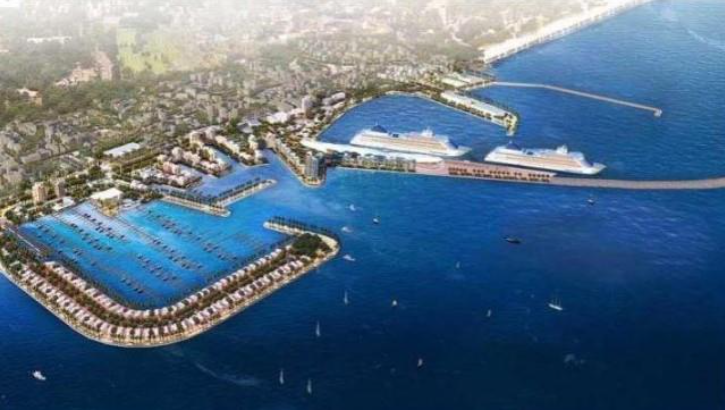 The processes are in full swing, in view of the start of the works for the unified reconstruction of the port and the marina of the city on April 1, the date on which the consortium Kition Ocean Holdings, now officially takes over the management of the project.

According to the plan, the new port will be able in a reasonable time to attract new generation cruise ships and the marina will be able to accommodate boats from 10 to 130 meters. This was stated yesterday by the CEO of the consortium, Panos Alexandrou, in a meeting with the Board. of the Larnaca Tourism Development and Promotion Company (ETAP).

During the meeting, the main parameters of the project were presented, which will cost € 1.2 billion, focusing on the tourism aspect, so that the planning and coordination of the two parties can begin immediately. The four phases of the project were also presented in detail, as well as the schedules.

According to ETAP, regarding the first phase of the project, which will be completed in a period of five years, it will start with the maintenance and restoration of the historic dock. The creation of basic infrastructure projects will follow, such as the construction of a new road that will connect Finikoudes with the roundabout of the Port, a new dock in the port, a yachtclub building, a new passenger cabin and an administration building, while the marina capacity will increase to 650 boats. creating a new breakwater. According to the plan, a luxury five-star hotel will be created at this stage.

The historic lighthouse and the crane stand out

Following a request from the Municipality of Larnaca, the consortium informed during the meeting that the historic lighthouse and the crane located in the port area will be restored and highlighted.

The CEO of Kition Ocean Holdings, Panos Alexandrou, stressed that the mentioned development is the largest, most multidimensional and most expensive coastal project that will ever be done in our country, gaining a leading position not only in Cyprus, but also in its wider region. Mediterranean.

The president of ETAP Larnaca, Dinos Lefkaritis, expressed his satisfaction since after many reefs the long-awaited project is progressing. At the same time, he assured that the cooperation will be close and immediate, as this is a development that will give a huge boost to Larnaca.

Finally, the mayor of Larnaca, Andreas Vyras, stressed that in addition to the obvious economic benefits and jobs, it is important that there will be an improvement in the quality of life of the people of Larnaca, if the infrastructure will be significantly upgraded.