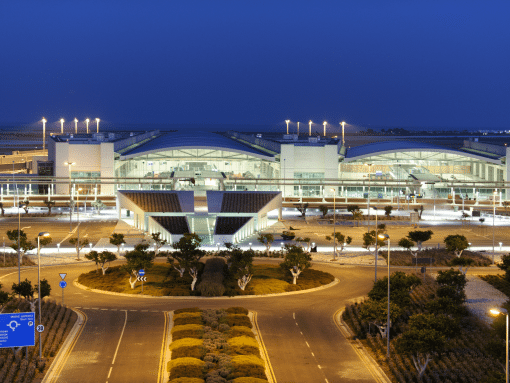 The Hermes Airports Ltd and the Integrated Casino Resorts Consortium Cyprus Ltd (Cyprus ICR) announce the signing of a trade agreement between them, whereby the managing company of airports, grants to the ICR company Cyprus, two specific areas in the terminal building of the airport of Larnaca, with the aim of creating “satellite Casino” in the city of Larnaca.

The first room of the ‘ Casino ‘ satellite is expected to be operationally ready within the next three months while the corresponding space in the area of arrivals, is expected to be ready by the end of the year.

In “satellite Casino» Larnaca airport will operate about 50 gaming machined.

The contract signed jointly on behalf of Hermes Airports Ltd, the Higher the company’s Executive Director, Ms. Eleni Kalogirou and Cfo, Mr. George Paschalis and Cyprus on behalf of ICR, the ceo of ICR, Cyprus Melis Shacolas, and the President of the company in Cyprus, Mr. Craig Ballantyne.

The commercial contract will be for two years with possible renewal.