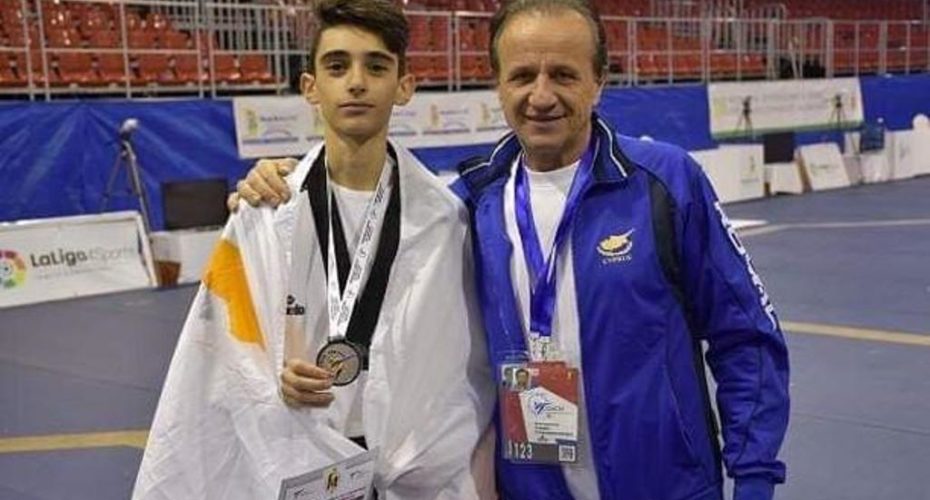 Taekwondo: The Cypriot flag on the podium!

A great success, noted our champion Charalambos Palourtis at the European Championship Cadets (U-15), held in Spain from 29 November to 2 December.

Specifically, this outstanding and talented champion, to reach the final, won the champions of Sweden, Croatia, Spain and Greece. In the final, lost by a Russian champion, with great difficulty.

It is worth mentioning that Palourtis, who is in the Talent Plan of the CMO, is an athlete who promises too much. In statements made by the coach of Yiannis Dimitrios after the final match, he characterizes this great winner (silver medal) as a very great talent that has the potential to go too high. We mention that in the same championship, our champions Evangelos Antoniou and Aris Stylianidis won the ninth place.