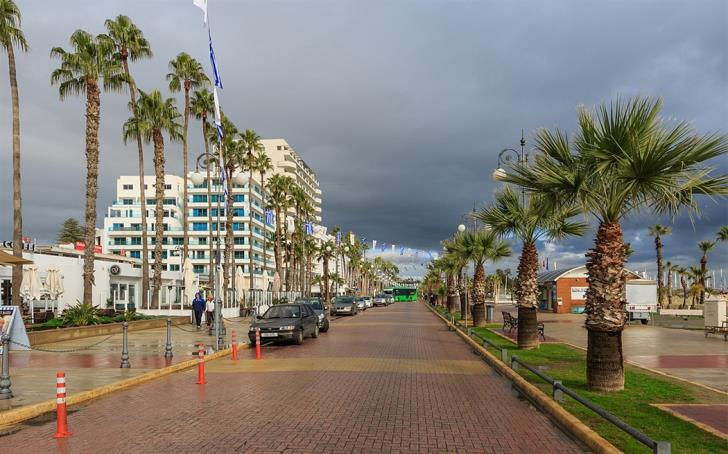 The Russian returns to invest in Phinikoudes

Yesterday, the mayor of Larnaca, Andreas Viras, confirmed that in the framework of the supplementary agreement between the municipality and the entrepreneur, he submitted preliminary plans to the Council of Ministers as a competent authority for the construction of a luxury hotel on the coast of Phinikoudes. In fact, the mayor of Larnaca revealed that, within the next few days, according to his information, the Council of Ministers will take his decision on the request of the Russian businessman.

According to additional “F” information in the request of the Russian businessman, reference is made to the construction of a five-star hotel and another building, which will be “more than 20 floors”, apart from a town deviation. (Something that was the reason for the wreck of the first deal with the municipality, after the Russian entrepreneur called for more floors, by way of derogation).

Mayor of Larnaca also confirmed that the supplementary agreement of the municipality with the entrepreneur sets new conditions for the payment of the remainder of the purchase price of the municipal block on Athens Avenue, which must be until the end of the year.

The balance amounts to € 3.5 million. The agreement also provides for plans to upgrade the public areas in front of the amusement park and the Hobos cafeteria for € 1.2 million as provided for in the initial agreement. Also, Potaphenko is reportedly committed to the “irrevocability of the licenses” that will be issued to ensure that when he takes possession of the municipal land, he will proceed with the project.

It is noted that the issue of building a multi-storey hotel on the coast of Phinikoudes is in the news from 2014 when the Russian entrepreneur proceeded to purchase land at the point where he intends to invest, including the municipal block where the Larnaca Municipal House .

The Russian had already paid an advance of € 1.5 million to the Municipality of Larnaka for the purchase of the above item and the remaining € 3.5 million is pending.

The original plans of the Larnaka Tower investment included the creation of five-star hotels, apartments, restaurants and cafes, as well as an underground car park with a capacity of 300 cars in an investment estimated at around € 100 million, including the land market.

In the new plans of the entrepreneur, it seems that the floors will be around 20 and not over 23, as the investor was initially looking for an urban deviation.