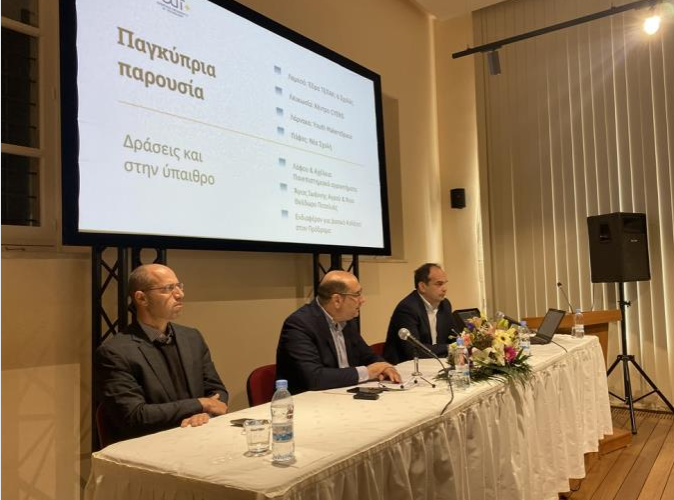 The Way Is Open For A University School In Larnaca

A few weeks after the collapse of the University of Cyprus School of Marine Sciences and Technology in Larnaca,  due to costs, the Municipality of Larnaca announced the start of cooperation with TEPAK, which will offer from September the first postgraduate program in Maritime and Finance.

The co-operation is essentially the first step in setting up a university in the city, with the two sides immediately starting discussions, through working groups, to decide where it will take place and in which area it will concern. At the same time, TEPAK will start cooperation with the CMMI Center of Excellence and will offer lifelong learning programs in Larnaca.

The courses for the postgraduate program, which is considered one of the most successful of the Cyprus University of Technology, will be held at the beautiful Multipurpose Center for Creativity and Culture, which was recently completed and provided for this purpose by the Municipality of Larnaca. The short-term goal of both parties is to offer other postgraduate programs from TEPAK and CMMI, with the long-term goal being the creation of a new academic school.

Already, the Municipality of Larnaca has prepared proposals with schools that could be created in the city, as well as for the places where they can be housed. Among them are, according to information from “F”, the facilities of the old refineries of the city, on the Larnaca-Dhekelia road. This is an area with huge growth prospects, due to the movement of oil tanks, which aspires to become, among other things, a pole of attraction for academic institutions from Cyprus and abroad.

The announcement of the cooperation between the Municipality of Larnaca and TEPAK, was made at a press conference at the Multipurpose Center for Creativity and Culture, in the presence of all city MPs, members of the Municipal Council and local actors.

Speaking at the press conference, the rector of TEPAK, Panagiotis Zafeiris, said that the Municipality of Larnaca they are taking the next step in their cooperation with the provision of the first curriculum of TEPAK.

For his part, the mayor of Larnaca said that cooperation with TEPAK is extremely important for Larnaca, noting that this time everything is done with the will of a university institution.