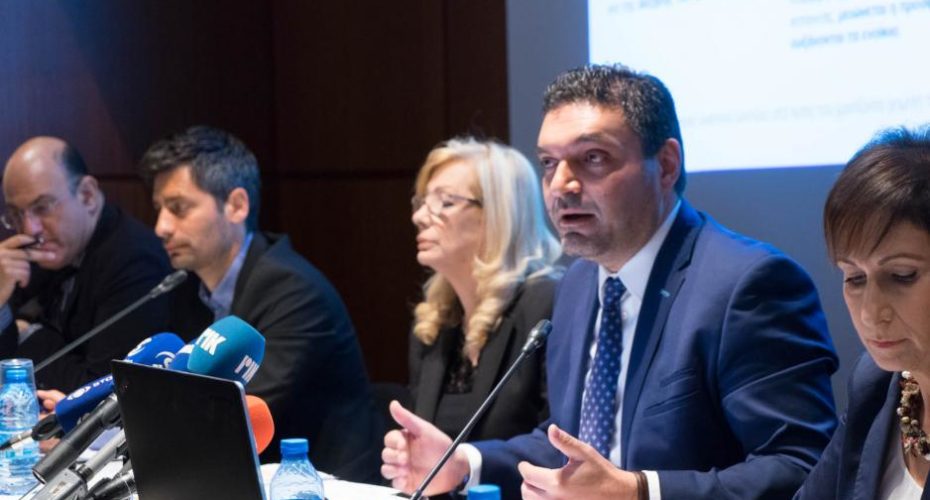 This is the new Mortgage Policy Beneficiaries Boards Ministry of Foreign Affairs: Government’s aim is to produce ‘affordable housing’

Speaking at a joint press conference in the presence of representatives from the Department of Planning and Housing, the Cyprus Land Development Organization (KOAG) and the Housing Finance Agency (LFS), Mr. Petridis stressed that “young, well-educated the Ministry of the Interior as well as the Ministry of Labor, but also the COGC and the OSH, are an integrated approach that will deliver both immediate results for targeted groups of the population and a gradual structural solution handicaps in the housing market. “

The government’s aim, the ministry said, is to produce “affordable housing” , designated by the European Commission as housing that costs less than 30% of a household’s gross income.

He stated that the Management of Affordable Housing Disposal Management was designated by the COAG and noted that affordable housingwill be available to beneficiaries at the average construction cost price as published by the Statistical Service of Cyprus.

Specifically, the eight pillars, according to the housing policy framework, are:

Regarding the basic requirements for the creation of affordable housing units, they are, inter alia, according to the Ministry of Interior, within a residential area with a building factor equal to or greater than 1.40: 1, a maximum increase in the number of floors limited to 2 beyond the maximum allowed from a current residential area, studio or one bedroom residential units shall not exceed 30% of all residential units and provision of suitable systems for the utilization of RES.

In relation to the new simplified housing plans, under the housing policy framework, the aid amounts to 50% of the total cost, with a total cost threshold of € 20,000 and covers housing construction, purchase of new housing, purchase and improvement of existing housing, acquisition with donation and improvement.

Beneficiaries for the remote and mountainous areas :

• Displaced or Affected Plan: Permanently established in the Republic

He said that for all pillars there will be financial revenue through the investment program for naturalization, and noted that for each new naturalization, 75,000 euros will be given to the COAG Fund to be used for housing policy issues.

Mr. Petridis stressed that to this end, three urban incentives have been introduced for which applications can be submitted tomorrow.

Challenge of Affordable and Satisfactory Housing – EU and Cyprus

In particular, regarding the challenge of affordable and satisfactory housing, Mr Petridis cited European Commission data in 2017 that “excessive burdens” on housing (when total housing costs exceed 40% of household disposable income) it represented 38% of poor families and 10.4% of the total EU population.

It noted that Cyprus ranks as the second country with the lowest “overweight” ratio with only 10.3% of poor families and 2.8%. % of total population smm.

In relation to the second indicator on the percentage of household spending on housing, Mr Petridis said the EU average is 41% for poor families and 22% for the entire EU population as opposed to 19%. % and 7% in Cyprus, while in relation to the “inadequacy” of housing units in the EU living in these conditions is 9.1% for poor families and 4% for the total population, while in Cyprus it was at 3.9% and 0.9%, respectively.

Concerning the size of housing, the Minister of Interior said that the proportion of Europeans living in such conditions amounted to 26.5% for poor families and 15.7% for the total population and added that Cyprus was the second country (after Malta) with the lowest proportion of the population living in such conditions as the percentage for poor households is limited to 6% while for the total population it is 2.8%.

He noted that in 15 EU countries the figure exceeds 25% for poor families, while in 13 it exceeds 20% for the total population.

“Despite the favorable benchmarks for Cyprus, the problems are real and significant. Between 2007 and 2017, families facing ‘overburdening’ on housing costs have increased significantly, with many borrowers having significant problems repaying their loans while rents in cities have increased by 30-50% in recent years. ” underlined.

In addition to the € 170 million arrears of mortgage beneficiariesCiting state data, the Ministry of Justice said that overdue debt of more than 60% beneficiaries of past government housing projects (KOAG, OXS, Provincial Administrations) exceeded 60%, with the arrears of 170 being overdue. .

He said the problems today are a consequence of past over-indebtedness, which did not take into account debt repayment capacity, the financial and banking crisis, but also erroneous, unsustainable public housing policies implemented in the past.

“Policies that despite the high financial cost of public money did not contain any structural elements while in many cases added unbearable financial burdens to beneficiaries,” he added.

Ms Emilianianidou assured that with the new integrated housing policy”There is no way our fellow citizens have a real problem with no rent subsidy and no housing.”

He said the Council of Ministers decided to increase the rent allowance, given the increase in rents, the province and family composition, and cited an example of a couple with three adult children who will receive a 406 euro subsidy in Nicosia for rent in Limassol 441 euros, Larnaca 350 euros and Paphos and Famagusta 244 euros.

Regarding people with disabilities who are EWC beneficiaries, Ms Emilianianidou said that they have an additional increase of an additional 20 sqm in case of a wheelchair and noted that the total allowance provided is increased by 50% in cases of wheelchair use and by 20% in all other cases.

Beneficiaries of YESThe Minister of Labor said that 788 families are currently supported by the EUSR and include 8,249 adults or minors with disabilities, 2,942 cases of low-income pensioners and 7,376 cases of people aged 55-65.

COG President: 23 units ready in 2021In addition, KOAG President Marios Pelekanos said two housing programs are under way with the units ready within a two-year period, adding that they are eight in Kokkinotrimithia and 15 in Polemidia.

He said there were also 171 units that were either designed or licensed and were planned to be built over the next few years and added that the method of producing those units had been diversified to speed up the process without compromising the quality and specifications of the units. works.

He said 63 units are expected to be ready by 2021 and the rest by 2023.New Program for the Creation of Residential Units by KOAGTo this end, it is expected to make use of the available land owned by KOAG for the first phase of construction of 171 new residential units in Kaimakli, Kokkinotrimithia, Larnaca (Parishes of Agios Nikolaos and Sotiros), Polemidia.