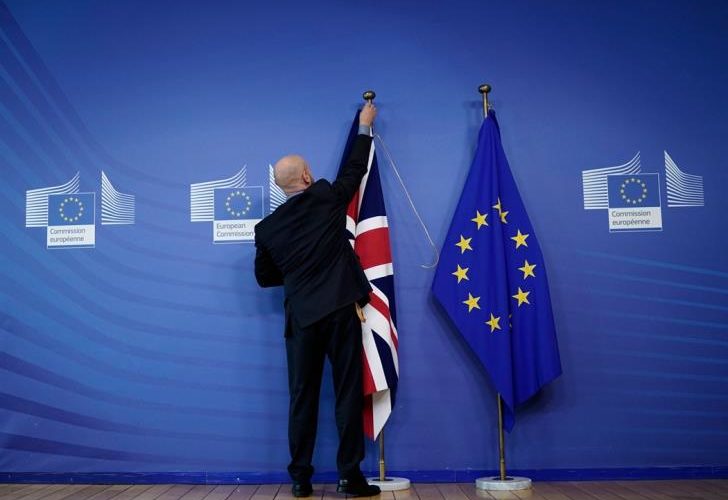 What we know so far about Brexit

It is now a fact that the United Kingdom has left the European Union since midnight on 31 January 2020, almost three and a half years after the relevant referendum in June 2106.

There will be no changes to the British Bases
With regard to the British Bases in Cyprus, the relevant Protocol to the Agreement of Ensure ensures that EU law, in the areas defined in Protocol 3 of the Cyprus Act of Accession to the EU, will continue to apply in the areas of the Bases, so that safeguarding the interests and not affecting the daily lives of citizens living, working or passing through the areas of the Base. At the same time, the Protocol extends the competence of the Republic of Cyprus to implement and enforce Union law in most of the areas covered. Consequently, with the departure of the United Kingdom from the EU, it is not expected that there will be any change in the arrangements and arrangements currently in force for the British Bases.
At the same time, the maritime transport sector will be governed by the international legal framework and the parties will have to make arrangements regarding market access. Cooperation on maritime safety should also be ensured.

What will happen to the movement of persons and students
As for the trafficking of persons, as has already been mentioned, there will be no entry visas for short visits (up to three months) at all and after the end of the transitional period. During the transitional period, what was in force before the departure of the United Kingdom, ie free movement without restrictions, would apply. This is also true of accommodation where, until the end of the transitional period, those who reside in and out of residence will retain their right of residence. This is particularly important as it concerns both Cypriots residing and working in the United Kingdom and the large number of Britons residing in Cyprus as they will not be affected by Brexit.

According to the Political Declaration, the regime applicable after the transitional period in respect of movement and residence, with the exception of short visits where no entry visas are required, must be based on the principles of non-discrimination and reciprocity. Of course here it must be said that the United Kingdom has already stated its intention to impose restrictions.

Related to mobility / residence is also the issue of EU students studying in the UK and of course Cypriot students, whose number is estimated to exceed 8000. So Cypriot students have already started or will start their studies In the United Kingdom by the end of the transitional period, they will not be affected as the situation that existed before Brexit for both (reduced) tuition and student loans will remain, until the end of their studies. Following the transitional period, and in accordance with the Political Declaration, new arrangements for entry and residence for the purposes of study, training, research and exchange of young people will be laid down in the negotiations.