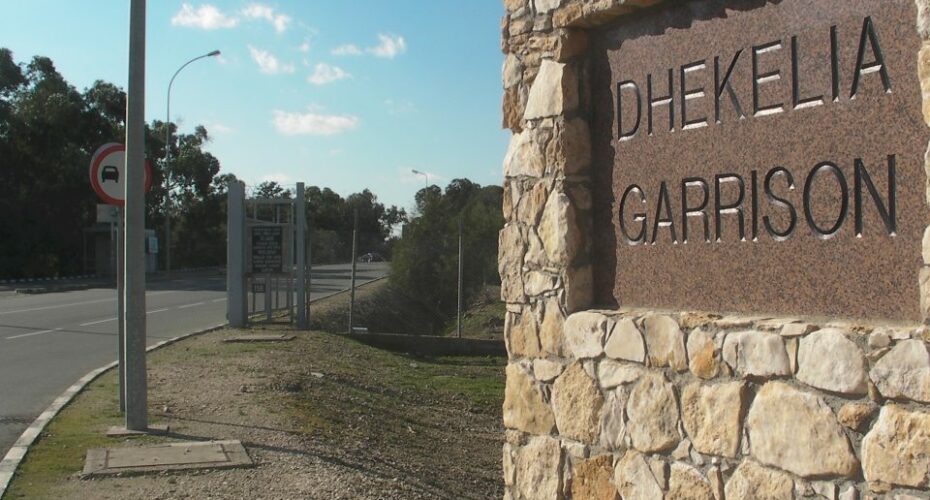 The British bases in Cyprus said on Wednesday they remain fully engaged with the communities’ part of the non-military development (NMD) agreement, a day after the House committee on refugees heard that the bases were not showing the appropriate will to move forward.

“We have remained fully engaged with our communities since the beginning of the NMD process and will continue to do so,” a bases spokesperson told the Cyprus Mail.

According to the spokesperson, following the end of an objection period on September 15, 2022, they began working with the Republic of Cyprus authorities to collate and review the objections they received against the policy statement and planning zones.

“All objections will be looked at by the Objections Review Committee and a decision will be made based on criteria within the NMD agreement,” the spokesperson said.

In 2014, an agreement was reached between then UK Prime Minister David Cameron and President Nicos Anastasiades on the issue.

The agreement foresees that property owners within the British bases would be able to develop their land, following the agreement signed by the two countries then Interior Minister Socrates Hasikos.

However, on Tuesday, the House refugee committee said there had been delays on making good on the agreement and allow for development in the Lyssi and Kontea area.

The head of the committee Nicos Kettiros said the land was recognised in an agreement with the bases as agricultural land, along with the title deeds.

Kettiros added that following this agreement, the owners of the land are invited to submit their applications for use. The uses of the land can be for agricultural structures including fences, storage facilities that can be built on the land, to test the will of the bases to abide by the agreement.

“The British bases will have to show on the ground their will to proceed with this process as agreed on paper, many years have passed since the British bases have given the land,” he said.

The current bases’ policy listed on their website and dated May 2022 for the Lyssi and Kontea areas is to prepare a study for alternative possibilities and ways of opening the area.

The plan is to use the existing local road network to determine the developments allowed in that area.

“This study must be the result of cooperation between the SBA Administration, the Department of Town Planning and Housing as well as other Departments/Ministries of The Republic of Cyprus, and the affected Communities,” the bases state in their policy.

At the committee meeting, Kettiros recalled an incident twenty years ago when the residents had tried to go to the area and there were issues caused by residents of the occupied areas.

He added the security of the people returning to those areas will need to be protected.

The agreement, reached in London in 2014, saw the lifting of restrictions on commercial and industrial development in non-military areas within the British bases for the first time since the country’s independence over half a century ago.

Hasikos had then explained that both sides would begin working immediately to determine town planning zones but that military installations would be excluded.